CarrierHQ recently announced a partnership to add Comdata’s fuel card to its suite of offerings.

But when you get CarrierHQ CEO Scott Prince on the phone, what he mostly wants to talk about is an earlier addition — a deal with Aon to have that company offer insurance to CarrierHQ’s customer base that can fluctuate based on data coming off ELDs and other telematics.

The addition of Comdata’s fuel card to the CarrierHQ offerings helps complete the range of services. Through it, CarrierHQ provides factoring, insurance and now fuel card services.

The CarrierHQ-Comdata deal marks the second significant expansion of CarrierHQ’s offerings, coming a few months after the partnership with Aon. Prince, in an earlier email to FreightWaves, said CarrierHQ’s business is heading toward factoring being about 40% of its activities, the insurance offering about 40% and other supporting services, like the sale of the Geotab ELD, making up the balance.

“The addition of Comdata’s card into the CarrierHQ offering helps complete the range of services offered by CarrierHQ,” the company said in a prepared statement announcing the Comdata relationship. “Through it, CarrierHQ provides factoring, insurance and now fuel card services, as well as other services.”

Comdata will give fuel card access to fleets using the CarrierHQ suite of products already. “Offering the best insurance, factoring and now fuel and funds card are very complementary and provide our customers a lot of value,” Prince said of the deal with Comdata.

“The Comdata OnRoad card is a nice complement to CarrierHQ Factoring as it’s all about affordably getting money loaded from CarrierHQ Factoring onto the card quickly in order for funds to be available to spend,” Prince said in an email to FreightWaves.

The factoring part of CarrierHQ, Prince said, is “just ramping up,” but expects it will be about 40% of the company’s business, with insurance accounting for another 40%. What Prince described as “supporting services” will be about 20%.

The insurance part of the CarrierHQ business was described by Prince as “uniquely disruptive.” It was announced last year in a partnership with Aon and its Aon Affinity insurance offering.

It has taken a while for the insurance offering with Aon to catch on, but Prince said the offering is starting to gain wider acceptance. “We’ve got some customers who are seeing real good value,” he said.

The most notable aspect of the CarrierHQ-Comdata offering is that the premiums to the fleet owner, or the owner-operator, are subject to resetting based on the data on driving practices coming off a truck’s telematics system.

“What this does is establish a competitive rate on the upfront end and it takes into account driver behavior,” Brion St. Amour, CarrierHQ’s COO, said about the offering with Aon. If that ELD records “not a lot of speeding and no hard braking,” then the truck owner would be able to benefit from what St. Amour called a “negative rate increase.” That reduction in premiums could be as high as 30%, he said, and there have been users of the product that have been able to achieve that much of a reduction.

St. Amour said it was Aon that approached CarrierHQ as a way of getting into the small fleets that make up a significant portion of CarrierHQ’s customer base. Insurers were “getting hammered” by their exposure to larger fleets as insurance costs and payouts soared. “There was a lot of interest in playing in the small fleet size,” he said.

Prince said the ability to see rates go down based on an analysis of telematics data is “effectively turning insurance from a high fixed cost to a controllable variable cost.”

The other aspect of the insurance program that CarrierHQ is publicizing — what Prince referred to separately as “no money down” — is the fact that a driver or fleet owner that is also a factoring customer of CarrierHQ does not face a down payment when signing up for the service.

this article from FreightWaves, written by John Kingston, Friday August 28, 2020 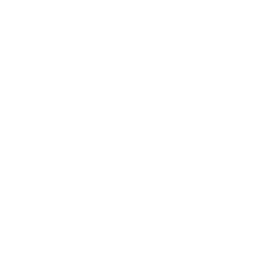 We use cookies and similar technologies to recognize your repeat visits and understand your Service preferences, which enables us to provide you with improved services. To learn more about cookies, including how to disable them, view our Privacy Policy. By clicking “Accept” on this banner, you consent to the use of cookies unless you have disabled them.